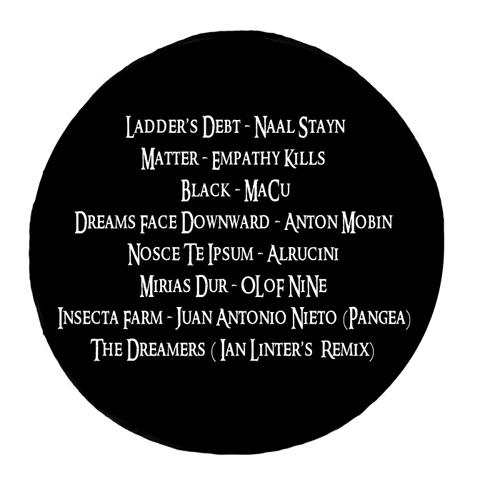 |Joséphine Muller| has been creating metamorphic video-sound fields under different names like Sex on Saturday, Empathy Kills, Abnot Kraz, or La Main Traumatique. Improvised and minimalist electronic manipulations or electro acoustic abstractions, these are some manifestations of this OFF/BRUMA netlabel and ASP association co-founder.

MaCu is the project of the Austrian musician Susanne Hafenscher. She started her musically activities with studying piano and vocals. After a certain period without doing any music she began to play guitar. Soon MaCu started to experiment with prepared guitar and to generate music by using field recordings and processed sounds of objects and vocals. She has an extensive discography and composition collaborations released by some of the finest netlabels, and recently she co-founded the netlabel kultur[Terrorismus].

Anton Mobin is a concrete music composer & radio producer addict of field recordings. Co-curator of the collective H.A.K. and curator of the Improvisators Network. Objects manipulator & improvisator experienced due to several meeting with international artists which one of the most important was certainly with Rinus van Alebeek in Berlin. Always in search for new articulations between objects, manipulations, and interaction with his own body. A crack, a fold, a brightness, a jolt in the plan of the sound, a convexity of surface…

Performed live by Anton Mobin at the ASP studios Paris on December 22th, 2010.
Recorded in multi-channel by |Ian Linter| for OFF/BRUMA.

Prepared Chamber. This chamber is a home-made acoustic instrument prepared by Anton Mobin and composed with a large box in wood, upgraded with several springs and others metallic found objects selected for their capacity to create melody. The box is divided into three parts among which each is covered with a different surface (a wood, a metal and a plastic one). Three different contact-microphones are placed in suspension under these surfaces: bass contact for the wood, medium contact for the metal and high contact for the plastic surface. Deliberate accidents produced in the Prepared Chamber create a micro universe which I dread in an intuitive way to resound as the pling plong music. Prepared chamber & Objects manipulated by Anton Mobin in an acoustic mode with effects application and treatments in real time by |Ian Linter|. Each of the 3 microphones were plugged and recorded in a separated track with different processing and equalization on each of them.

Ricardo Alrucini is the entity behind names like Alrucini, Shamahan, Bad Slap Org, Ombilic, Umbra, Apocalipse Político, and many others. They are Ritualistic Dada manipulations and Industrial Surrealisms transformations in exponential relation with the Moon’s shadow. Alrucini is underground. His extensive discography can be heard at Electro Rucini, the label he founded in 2007.

The idea is to have no idea, just frequencies. Metamorphic industrial/immediatism/sensorial. Application controlled for the moment in the superior axis of the Immediate.

Juan Antonio Nieto is a sound artist who signs some of his works under the name of Pangea. His records have been published in labels around the world as Trente Oiseaux, Mandorla, Experimedia, Impulsive Habitat, Idiosyncratics, TestTube AMP, among others. Pangea has collaborated with some of the most prestigious avant-garde artists of the world, Brazilian classical composer Leo Alves Vieira working with string quartets and choirs, the Japanese author Kenji Siratori who has voiced his compositions and David Velez, this latter release was considered the best album of 2007 by the journal Earlabs. His music has been included in art installations in the Circulo de Bellas Artes de Madrid and the Cultural Center of Spain in Buenos Aires. Pangea has performed in various European and American cities.

Ian Linter is an original member of the Portuguese underground collective produções Ganza, co-founder of OFF/BRUMA netlabel, and also many others sonic entities like the non-stop webradio Strange Frequencies Channel, under the label ASP. His creations are electro-organic immediatism in any possible structure through a real-time feedback series of necessary events, and have been expressed since the early 90’s on distinct anti-aesthetics with names like OLoF NiNe, ACT9, Airf’Auga, Massacre Divino, La Main Traumatique with Joséphine Muller, Plasma, RTP, among others… Ian Linter turns the third axis created by Bórgia Ginz and mirrored by Juca Pimentel.

OFF/BRUMA would like to thank all the beautiful dreamers who gave substance to this album. 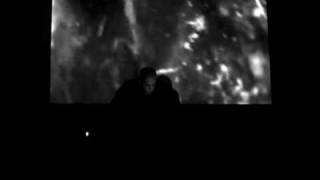 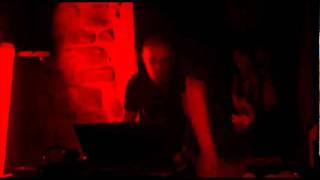